1 Sam 13:14 "But now your kingdom shall not endure. The LORD has sought out for Himself a man after His own heart, and the LORD has appointed him as ruler over His people, because you have not kept what the LORD commanded you."

This verse represents a tragic moment in the history of Israel!  Though Saul continued to rule as King for many more years, at this moment, he lost the support of God and thereby his delegated authority to rule. Without that authority, there was no power to lead effectively.  Yet, God "appointed" another man and through the prophet Samuel, listed one of His key qualifications for leadership - "...a man after His own heart..." .  The leadership failings exhibited by Saul are prevalent today in our leaders.

In the midst of what appears to be a great vacuum of leaders, God is raising up effective, dynamic, innovative leadership in commerce and government in our day. God creates vacuums for His purposes. This is one of the signs of these Last Days that we live in. Focusing on this vacuum will sap your hope for the future. God is currently bringing and will continue to bring to the forefront of our generation the men and women with the heart and spirit of David. It is incumbent upon us to recognize them, as they are God's gift to our generation. In order to recognize them, we have to understand God's leadership development process, and the life of David is one of the many examples we have been given in Scripture.

The Qualifications
It is clear in this verse that God has qualifications for the men and women of our day who will serve as His leaders.   Samuel said that God searched for "...a man after His own heart." He sought after a man like this to place His anointing and authority on and then He "...appointed him..." It is important to recognize God's protocol for leadership of this nature.  God first evaluates character; second, He appoints; then third, He anoints.

Evaluation
David met God's qualification because he was a seeker of God.  He was a worshipper who would write songs of praise that later became the Psalms.  He was not "bored" with the solitary nature of the shepherd's occupation, but used this time to position himself for divine visitations. His relationship with the God of Israel produced a fearless character that enabled him to kill a lion and a bear as a teenager. Though David was the least in his father Jessie's house, he didn't strive for attention and position.

Appointment
The appointment is often visible to others before it is to us; but the appointment always comes after God's evaluation process.  With the appointment comes the authority to influence events and decisions on God's behalf. When you exercise God-given authority selfishly, or represent your own interests over God's, you jeopardize your destiny.

Anointing
Samuel anointed the future King in Jesse's house at the direction of the Lord. This anointing is also an important element of Kingdom leadership. The anointing follows the appointment. The anointing is public recognition of God' s prior approval and authority. You cannot reverse this protocol.

All over the world, I see this call to leadership in the marketplace everywhere.  You may be one that is in process. God always finishes what He starts. Tribulation or failure does not disqualify you from your destiny - if you continue to seek God. David didn't have a great job resume when He was appointed. God evaluates resumes differently than we do. Make sure your resume is filled with worship, praise, prayer, faithfulness and study! 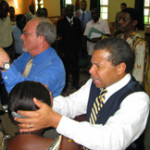 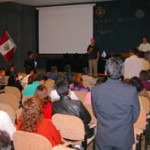 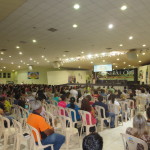 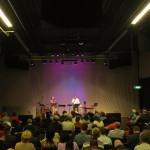