The Kingdom of God is a governmental system. Like all governmental systems, it has systems of economics, commerce and justice, as well as ministry, and these systems represent the most dominant spiritual and moral forces on the earth. Our understanding of how the Kingdom functions in the 21st Century is expanding. Nowhere is this expanding understanding more significant than in God’s system of economics. We have been well schooled about the economics of tithes and offerings, and they are certainly part of the economy of the Kingdom. However, we are all growing in our understanding of this vast, comprehensive system of economics that God established to bring blessing to entire nations. His system, when applied with the right heart motive, will produce the blessing that enables us to live in a culture of generosity. This revelation is not something new, but rather a restoration of a system of economics God gave to Moses. As we see nations in crisis, know that God is allowing a worldly system to crumble, while He is establishing His system – the Kingdom of economics. 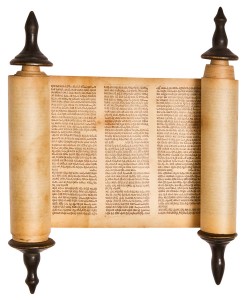 Relevance
You may be saying “This Bible has no relevance to our present day life. God doesn’t care about economics; He only cares about what happens in church!” Consider that in the Torah (first five books of the Bible), God established the government of a nation that was non-existent at the time – a government that would receive His blessing. He told us how leaders were to govern, the qualifications necessary for appointment as a judge, how small business was to be conducted, lending procedures, and the list goes on.

Specifics
Here are just a few of the economic principles God established for us; He established a system of what we call today capital accumulation – the Jubilee Year. He also established a system whereby income maximization was not permitted – the edges and corners of the fields were to be left unharvested so the poor, the widows, and orphans could have it. He established His system of debt retirement – every seven years debt was canceled. On a national scale, He said if Israel obeyed His directives, they would be a lender nation, not a debtor nation. He established national interest rates – money could be loaned to Jewish brothers, but at 0% interest. The result was when Israel followed the ways of the Lord, there was no long-term debt; the blessing of God was on the small businesses, and Israel became a lender, not a borrower.

Practical Application 101
How does this apply in our day?  God has established a covenant with His people, both Jew and Gentile, that is unshakable. As you and I pursue knowing God and understanding His ways as He has revealed them in Scripture, we position ourselves for the wisdom and insight in the worlds of commerce and government. Moses said these profound words in Exodus 33:15-16 “If Your presence does not go with us, do not lead us up from here. For how then can it be known that I have found favor in Your sight, I and Your people? Is it not by Your going with us, so that we, I and Your people, may be distinguished from all the other people who are upon the face of the earth?”

God’s presence will enable you to operate on a higher level than your peers because of His wisdom, His insight, His understanding, and His authority through you.  You will make better decisions, display better judgment and learn to recognize and walk in His favor as you come to know God.  The economic system of the Kingdom is one I choose to live by.  How about you?