Success in life is a dream of many young people graduating from college, and I was no different. After graduation and service in the military, my plan for a business career began in the corporate world. Success came early for me as I started my climb on the proverbial corporate ladder. Though my initial success was exciting, there seemed to be this gnawing emptiness inside me that was always there.

The God I knew about may have been up there somewhere, but He certainly had no interest in the affairs of my life. He didn’t need me and I certainly didn’t “need” Him because it was obvious to me and my superiors that I had what was necessary to “make it.” Outwardly, I projected the image that I was up to the task, but inwardly I wasn’t so sure. My personal quest for what I understood success to be was coming into view and my corporate career was beginning to flourish, when the realization that the future I thought would taste like sweet honey in my mouth, was in fact tasting more like dry sand. I was in a personal crisis. 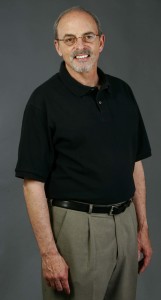 One night, while standing by a river, the weight of the responsibility of my own future began crushing in on me. In my own desperation and loneliness, I said, “Okay God, tonight I acknowledge there is the possibility of Your existence. From this moment on, I am going to make every effort to know You. I’m not even sure You are there, or if You care about this conversation, but I am desperate. I can’t carry this burden of my own future much longer, so if You are there, I give my future to You. I acknowledge Your existence tonight; but this Jesus that everyone talks about – I cannot and will not acknowledge Him!” In my simplicity, skepticism, and desperation, God somehow honored my quest for Him and six months later, I had a personal encounter with God’s only Son Jesus Christ that transformed my life instantly and completely.

Deciding to serve the Lord was the greatest decision I’ve ever made. From that moment, I knew God had a plan for my life and my future was in His hands. Discovering His plan, or the next phase of it, and walking it out has become the primary quest of my life.  He has a plan for all of us, and our greatest fulfillment comes when we walk in His plan. The reason is simple – we have been divinely equipped by God to fulfill His plan.

During my early years as a believer, I thought it would be impossible to serve God and be in business. I mistakenly thought I had to be a pastor to serve God fully. After some struggle, I realized that God had indeed equipped me to serve Him “full-time” in business. I concluded that while others may view my work as “secular,” my Bible told me in Colossians 3:23-24 “ …do your work heartily, as to the Lord rather than for men… It is the Lord Christ whom you serve.”  This was God’s revelation to me and is now a message I take around the world.

In the mid 90’s, my world began to change when the Lord said there would be two main assignments for the rest of my life. The first assignment was, “You will change the economies of nations…”, and the second  “I will use you to speak to leaders of nations…” Clearly, I was an unlikely candidate for either assignment. However, the Lord began showing me that the Scripture was filled with economic principles that apply to our daily lives, and very few people are teaching these principles beyond tithes and offerings.

What I discovered is that we cannot effectively function as citizens of the Kingdom unless we operate by the principles of the Kingdom Economy. Verses I had read hundreds of times suddenly exploded off the page with new meaning and understanding about God’s economy and that continues even today. Once my cup was filled, so to speak, God began to put me in a position to teach His people. While I was running a successful business, invitations began to come from other nations. The Lord began to bring strategic alliances to me, so we could encourage and facilitate the call of God on each other.

The second assignment, “…speaking to leaders of nations…”, has been for me a sacred trust.

I have been privileged to serve as God’s ambassador to heads of state and the First Lady, a number of presidential candidates, and government and business leaders on the highest level. I discovered that it has very little to do with me, and everything to do with God’s desire to reach these leaders with His unconditional love and His wisdom. God loves the souls of all mankind – even political leaders who don’t belong to our political party!  He loves dictators and righteous government leaders equally. He has a plan for the nations and He will use leaders to implement His plan.

In 2005, while coming back from ministry to El Salvador, the Lord clearly spoke to me that running my business and fulfilling these two assignments were no longer compatible. He said the times we were entering globally would require I give a greater commitment to these assignments.  After some prayer and fasting, I decided positioning myself to fulfill these two assignments was my destiny and therefore my priority. I did not s 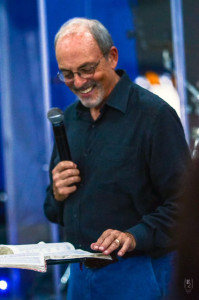 tart serving God “full-time”, because I had been doing that since the day I received Jesus. I did, however, enter a different season of usefulness to my King.

Since that time, I have brought the message of His Kingdom all over the world. God has allowed me to serve Him in this way and it is a testimony to His grace and mercy. As we travel the nations, bringing the message of the Kingdom to leaders, one of our roles is to build bridges of understanding between ministry and the marketplace. It has been such an honor to speak to pastors’ groups around the world about the people in their churches on Sunday morning.

We are in critical days. God is marking the nations that will serve Him. He is preparing to make His economic system the dominant system in the Earth. It is imperative that God’s people learn how to live and conduct their lives by His principles. I want to do everything I can to help fulfill that mandate.